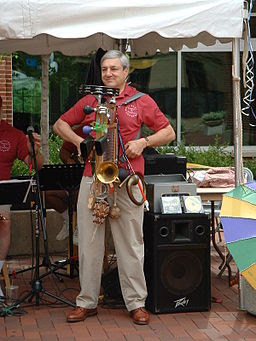 Echos of the Franklin imbroglio.
Via: Washington Post:
Graham Spanier might have been ousted from his post at the helm of Penn State over the sex-abuse scandal that engulfed the university, but it seems he’s found a backup employer: the American taxpayer.
Only a disgraced public figure would consider joining the much-maligned ranks of the federal workforce as a step up, reputation-wise. We can assume there were no openings for a used-car salesman.
Spanier was faulted in an internal Penn State report after the conviction on child-molestation charges of former assistant football coach Jerry Sandusky. The report said he, head coach Joe Paterno and others helped cover up Sandusky’s abuse.
His lawyer confirms to the Loop that Spanier is working on a part-time consulting basis for a “top-secret” agency on national security issues. But the gig is so hush-hush, he couldn’t even tell his attorneys the name of the agency. In April — months after his ouster as president but before the release of the internal report — he told the Patriot-News of central Pennsylvania that he was working on a “special project for the U.S. government relating [to] national security.”
But who’s he working for? The CIA? Homeland Security? Or maybe just a dull consulting firm with a government contract?
“I have no idea,”says his lawyer, Peter Vaira. “We know the work is in security and he’s prohibited from disclosing which agency or agencies he’s working for.”
Posted by Deb Simon at Sunday, July 29, 2012