The Triumph of Conspiracy Theories Demands A Redefinition of The Term 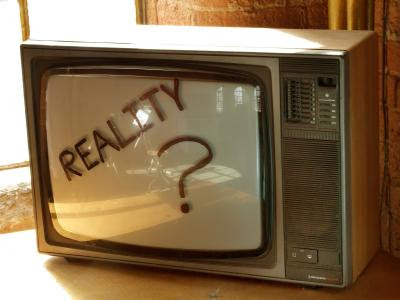 The Television's Reality is facing technical difficulties. Please stand by.
The triumph of conspiracy theories represents a rebirth of rational analysis of U.S. political events and world developments. But we must be patient with people who still believe that the official account of 9/11 is true. The rethinking of 9/11 and the term "conspiracy theories" is an ongoing cultural and social process.

It is inspiring and motivating that the call for a new investigation of the controversial 9/11 events, once considered a fringe issue, is now close to the top of the global political agenda. Global civil society has taken up the call to re-investigate 9/11 with pride and honour.

The Toronto Truth Hearings that was held last September, and the Vancouver Truth Hearings in June reinforce the reality that 9/11 truth is rising to the surface of mainstream collective consciousness.

This upcoming Tuesday will mark the eleventh anniversary of the tragedy. New questions should take precedence over old answers, which are satisfactory for children who still believe in fairy tales but not for grown ups who value scientific realities over blind faith in government leaders.

Since we are entering historic times, the international community would be wise to officially condemn the United States, Israel, and Saudi Arabia for the mass murder of nearly 3,000 American innocents that led to the illegal invasions of Afghanistan and Iraq.

The term "conspiracy theory," has been amazingly effective in marginalizing dissent in Western culture for so long because it puts limits on free speech without giving the impression to the apathetic general public that its purpose is to limit free speech and kill free thought.

Western governments use the term "conspiracy theory" to destroy intellectual liberty, hide their crimes against humanity, and keep their citizens in a state of mental slavery.

In Islamic societies the boundaries of free speech end at the point when the legacy of Muhammad and the authenticity of the Koran are questioned. Muslims are slaves of a dead man, and the most extreme ones believe it is right to make everyone else slaves, too. Free thinkers are shunned and punished because they refuse to conform to official dogma.

Those who escape the mental and spiritual prison of political Islam or Communism come to the West looking for intellectual and spiritual freedom, but they discover to their shock that the West is also mentally imprisoned and ruled in a totalitarian fashion.

True freedom isn't allowed in any modern culture and society. Most governments around the world only offer two options to their citizens: spiritual and mental slavery (with all the modern comforts of life, of course) or death (either by execution or excommunication). Conspiracy theorists and 9/11 truth-tellers who are being excommunicated today will be executed tomorrow, if current trends continue.

Seen from this perspective, redefining "conspiracy theory" is a matter of life and death. From now on, it is a mark of shame if a person uses this term as a blanket way to silence questions about official U.S.-Israeli narratives of key political events and developments.

America and the West will not be free until the term "conspiracy theory" is out of intellectual fashion. We must verbally and intellectually destroy this politically inspired term with the power of truth.

III. Aftermath of The Great American Awakening: The Reform of The National Security State

In a world where the only terrorists in action are those who are funded and armed by the CIA and other Western intelligence agencies, it is hard to justify a global war on terrorism. The American people and the world are being kept in a state of fear for purely commercial and political reasons.

Americans are told by the treacherous political cabal in Washington to accept austerity and pay up to three criminal actors: 1) The Banks, 2) Israel, and 3) The military-industrial complex that wastes trillions of dollars in fighting for-profit wars.

The glue that holds together the interests of the banks, Israel, and the military-industrial complex is the National Security State. This is not a sovereign nation state, but a totalitarian regime ruled by multinational corporations and criminal international banks. It does not care about the national interest nor the national security of America. Everything it does, at home and abroad, in secret and in public, harms the collective interests and happiness of the American people.

America has never been served by the traitorous U.S. National Security State. 9/11 happened on its watch, not Bush's. Its power transcends presidents and parties. The nature of its power over the global collective mind is otherworldly. It shouldn't surprise us that the same agency created both Barack Hussein Obama and Osama Bin Laden.

A regime that manufactures its own villains and heroes is a self-generating machine. Its version of reality is based on a bad Hollywood script, and, unfortunately, many people still see this reality as real.

But not everybody. Not the "conspiracy theorists" and 9/11 truth-tellers.

Eleven years after the false flag 9/11 events, the U.S. National Security State is in a legitimacy crisis because it's counter-terrorism ideology is breaking down. The myths that fueled its cultural and psychological hegemony over the global mind are collapsing, especially the 9/11 myth.

Right now, the damage caused by the legitimacy crisis is only visible on the surface, but it is only a matter of time before the ideological cracks reach the bottom and brings the entire house of cards down.

On the international arena, the overwhelming rejection of the official 9/11 story by global public opinion has isolated Washington and Tel Aviv. At home, the politically bankrupt U.S. ruling class can no longer contain the moral force of American public opinion and the revolutionary spirit of the American people by using the rhetoric of fear and the tactics of state terror.

The rhetoric from Washington is being put aside because it is divorced from facts. Reality itself is being redefined. And redefining reality is the beginning of all great and lasting revolutions.
Posted by Deb Simon at Sunday, September 09, 2012