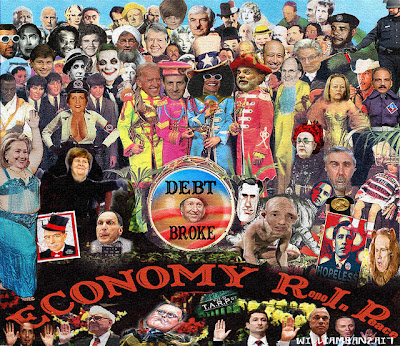 Double Down: Vladimir’s Putin Billions Into Gold In Anticipation of Global Upheaval

Tags:
Federal Reserve Chairman Ben Bernanke says gold is not money. Berkshire Hathaway’s Charlie Munger claims it’s only for pre-holocaust Jews and that civilized people don’t buy it. The oracle of Omaha Warren Buffet scorned it as an unproductive asset and says he’ll never invest in it. Financial advisers rarely, if ever, recommend it for personal retirement portfolios and many people will argue that it’s not a worthy personal reserve because you can’t eat it.
For all intents and purposes, some of the most influential investors, monetary officials and financial pundits in the world completely deny gold’s value as a unit of monetary exchange and crisis reserve.
As worthless as it is, however, tens of billions of dollars have recently been shifting into this archaic asset of long forgotten empires.

Webmaster's Commentary:
A state-controlled bank and now hard gold. Putin has just committed the same "crime" that Qaddafi did. Count on the US to try to destroy Russia the way they did Libya.
Posted by Deb Simon at Monday, September 10, 2012