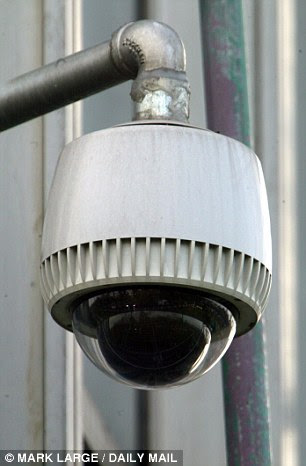 Spy network: CCTV cameras are linked to TrapWire, a U.S. system designed to catch terrorists
Anyone who takes a photograph at high-risk locations is logged as a suspected terrorist on a vast network of secret spy cameras linked to the U.S. Government, according to leaked emails.
People pointing cameras in New York are regarded as suspicious and the facial recognition images of them from the civilian CCTV are fed into a data centre run by U.S. firm Abraxas.
The system then connects with hundreds of other cameras in a bid to pinpoint potential terrorist activity, it is claimed.
Details of the system emerged from emails released by whistle-blowing website Wikileaks. The issue has caused outrage among privacy campaigners amid fears that it could be abused.
It has disturbing echoes of the film, The Bourne Identity starring Matt Damon, in which CIA officials use a network of spy cameras to track around the world someone they though they had assassinated.
According to the email released by Wikileaks, pictures of people's faces are encrypted and sent to a fortified data centre at a secret location.
The TrapWire system is run by Abraxas and is linked to civilian CCTV cameras. The firm, owned by the Cubic Corporation, is apparently staffed by large numbers of former CIA employees.
The cameras in its TrapWire system are one of the methods it uses to do this.
TrapWire is used by the U.S. Department of Homeland Security in a bid to deter terrorist attacks - or catch those responsible once an incident has happened.
According to the company's own documents from 2007, TrapWire is 'a unique, predictive software system designed to detect patterns of per-attack surveillance.' This includes 'photographing, measuring and signaling'.

More than 500 cameras using the technology have been installed on the New York subway. There are estimated to be thousands more around various U.S. cities and in London at potential terrorist targets such as Downing Street. Disturbing: Matt Damon in The Bourne Identity. CIA officials use a network of spy cameras to track his movements, just like TrapWire devices are said to be doing with suspected terrorists
The firm also operates in several other U.S. states, in Canada and in London. It is said to have cameras also placed at high rick targets in the UK, including Downing Street.
An email from an employee at Strator - a Texas-based intelligence firm linked to Trapwire - in 2010 said the cameras were focused on 'per-operational terrorist surveillance'.
It stated: 'This week, 500 surveillance cameras were activated on the NYC subway system to focus on per-operational terrorist surveillance. The surveillance technology is also operational on high-value targets (HVTs) in DC, Las Vegas, Los Angeles and London and is called TrapWire. 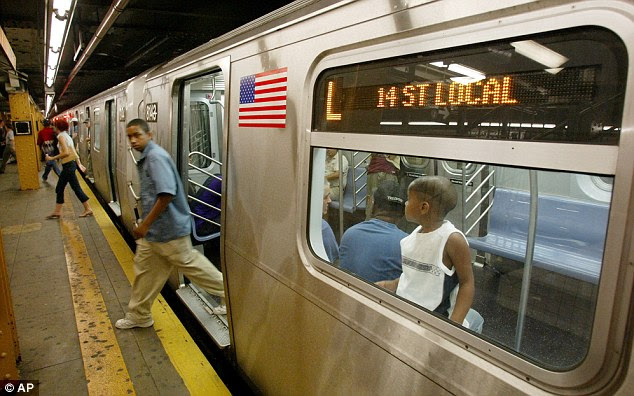 Surveillance: Five hundreds of the TrapWire cameras have been installed in the New York subway, according to an email from the firm released by Wikileaks 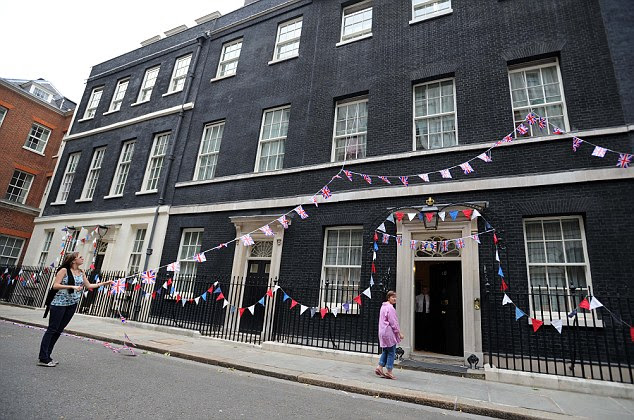 Terrorist target: TrapWire cameras are also in use at Ten Downing Street, home of the British Prime Minister, according to another email from the firm behind them (file picture)
'TrapWire is one of the most innovative tools developed since 9-11 to help mitigate terrorist threats. From a protective intelligence perspective, TrapWire does have the ability to share information on suspicious events or suspects between cities.'

WHAT IS TRAPWIRE AND WHO OWNS THE SECRETIVE SYSTEM?

Trapwire is a security system that uses CCTV cameras to relay encrypted images of people to a data centre. These are then compared with images from various other cameras to track suspicious activity.
The system was developed by security intelligence firm Abraxas, which is owned by the Cubic Corporation - another defence company.
The system is linked to a separate company Stratfor, which sent emails between staff discussing the system. When these emails became public through Wikileaks, they revealed details of the Trapwire spy network.
The people behind Trapwire are understood to be former high-ranking CIA and intelligence officials.
The Trapwire website describes it as a 'unique, predictive software system designed to detect patterns indicative of terrorist attacks or criminal operations'.
In another email, Stratfor president Don Kuykendall wrote: 'Their clients include Scotland Yard, #10 Downing, the White House and many [business].
'Our consideration is introducing them to companies like Walmart, Dell and others.'
In a separate email, vice president Fred Burton wrote: 'Salesforce HQs in San Fran is interested in TrapWire after I briefed them on their wonderful capabilities'.
The emails have caused uproar among activists who believe that the use of the cameras is an infringement on people's freedom.
After the emails were released, WikiLeaks said it has been the victim of a sustained denial-of-service attack which has left its website sluggish or inaccessible for more than a week.
In a statement released late Saturday the group said the assault intensified around the beginning of August and has since expanded to include attacks against affiliated sites.
Denial-of-service attacks work by overwhelming websites with requests for information. WikiLeaks has said it's been flooded with 10 gigabits per second of bogus traffic from thousands of different Internet addresses.
Josh Corman, with online content delivery company Akamai, characterized that as 'a bit larger' than attacks commonly seen in the past few years.
WikiLeaks, which has angered officials in Washington with its spectacular releases of classified U.S. documents, remained inaccessible Sunday