Bankster Fraud Has Driven 100 Million Into Poverty, Killing Many 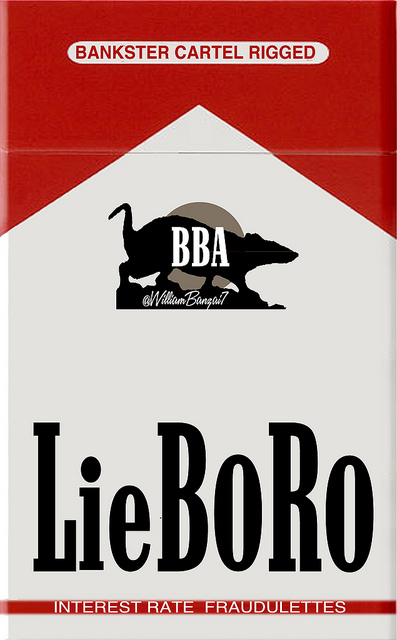 Posted on August 11, 2012 by WashingtonsBlog

Fraud caused the Great Depression and the current financial crisis, and the economy will never recover until fraud is prosecuted.
Fraud is the business model adopted by the giant banks. See this.
The Obama administration has made it official policy not to prosecute fraud.  Indeed, the “watchdogs” in D.C. are so corrupt that they are as easily bribed as a policeman in a third world banana republic.
The mouthpieces in Wall Street and D.C.  pretend that financial  fraud (like Libor) is a “victimless crime“.
But the World Bank notes that the financial crisis  – you know, the one caused by financial fraud – has driven between 64 and  100 million people into destitution.
Some estimate the figure to be much higher. For example, one 2009 study estimated that 140 million people would be driven into poverty in Asia alone.
AP reported in 2009:

The global financial crisis has pushed the ranks of the hungry to a record 1 billion people … United Nations food officials said Friday in Rome.

This is not just a matter of having less money for entertainment or luxury goods.  Increased poverty leads to an earlier death.
As the Los Angeles times notes:

Poverty appears to trump smoking, obesity and education as a health burden, potentially causing a loss of 8.2 years of perfect health.

This is not an abstract concept. A lot of kids will die due to Wall Street fraud:

The global financial crisis sweeping through Wall Street and the European banking sector will touch the lives of the world’s most vulnerable, pushing millions into deeper poverty and leading to the deaths of thousands of children, according to a new United Nations study.
***
The report highlighted the prospect of an increase of between 200,000 and 400,000 in infant mortality and that child malnutrition, already rising, will be one of the main drivers of higher child death rates.

While developing countries will be hardest hit, increased poverty and hunger are hitting the U.S.,Britain and other first world countries are as well. The inability of the newly-poor to pay to heat their homes also kills.
Paul Moore – former Head of Risk at HBOS – says that the financial crisis has resulted in the greatest humanitarian crisis since WWII.
Moore says that we are witnessing a “financial holocaust” brought on by the banksters … with huge numbers of potential deaths in the works unless we fundamentally change the system.
Posted by Deb Simon at Sunday, August 12, 2012