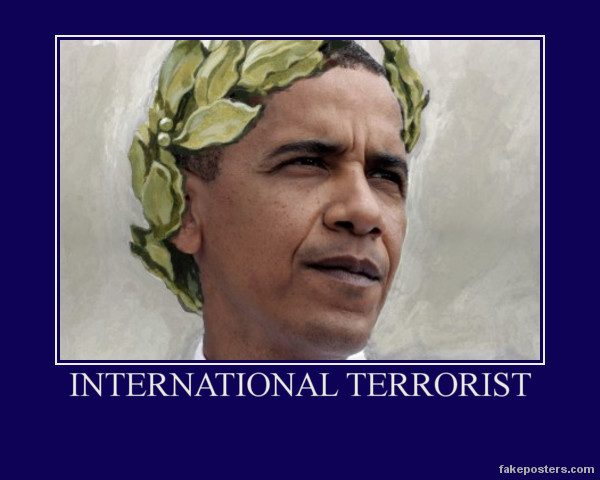 Advertisement
President Obama and Democratic “leadership” expanded policies of President Bush and Republican “leadership” in unlawful wars and looting of literal trillions of the 99%’s wealth to a 1% oligarchy.
This is Orwellian-opposite of Obama’s campaign rhetoric for “hope, change,” and accelerated from usual war-business and rigged-casino economics throughout US history. Let’s look:
More unlawful wars:
War law is crystal-clear in letter and intent: military armed attack is illegal unless another nation’s government is attacking. This is the legal victory all our families sacrificed to win through two world wars. It also upholds the firstunalienable right to “Life” from government murder.
reject prosecution of the unlawful wars and related War Crimes, such as torture,
Rather than declare the “emperor has no clothes” obvious that US wars are unlawful, Obama and Democrats acted as the Left arm of one fascist war-mongering body to:
More economic looting:
To make the point and for brevity’s sake, let’s only focus on a few sensational facts that prove no change, and no hope in Obama’s “leadership” anymore than hope from Bush’s “compassionate conservatism”:
Perhaps most importantly and consistent with US economic history, current 1% “leadership” reject obvious solutions in money, credit, and honest accounting while allowing oligarchic members to hide tens of trillions of parasitically drained assets (multiple times the investment to save a million children’s lives every month from preventable poverty).
And the good news is...?
The tragic-comic contrast between rhetoric and reality is so great, the 99% have tremendous opportunity to recognize the psychopathic 1% for what they actually do, arrest them for obvious crimes centering in war and money, and employ game-changing solutions for 100% of Earth’s inhabitants’ success.
This is what Occupy is about.
This is what you are about, true?
Posted by Deb Simon at Wednesday, July 25, 2012