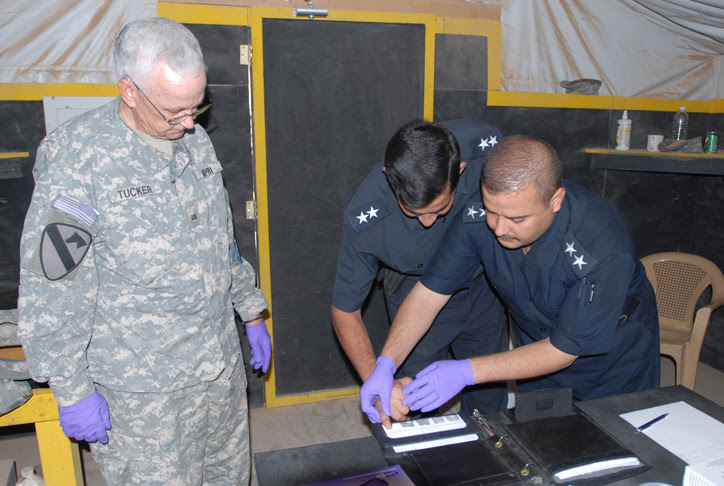 If you think that this is exclusively for deployment abroad, I’ve got a bridge to sell ya.
Via: AP:
The Marine Corps has created its first law-enforcement battalions — consolidated units of military police officers trained to investigate a variety of crimes. Combat in Iraq and Afghanistan has underscored the relevance of such a force, as Marines have increasingly found themselves playing street cop in addition to combat duties.
…
The battalions will be capable of helping control civil disturbances, handling detainees, carrying out forensic work, and using biometrics to identify suspects. Durham said they could assist local authorities in allied countries in securing crime scenes and building cases so criminals end up behind bars and not back out on the streets because of mistakes.
“Over the past 11 years of combat operations in Iraq and Afghanistan, some lessons learned painfully, there has been a growing appreciation and a demand for, on the part of the war-fighter, the unique skills and capabilities that MPs bring to the fight,” Durham said. “We do enforce traffic laws and we do write reports and tickets, and that’s good, but we do so much more than that.”
Durham said the Marine Corps plans to show off its new battalions in Miami later this month at a conference put on by the Southern Command that is expected to be attended by government officials from Central American countries, such as Guatemala, Honduras, El Salvador and Belize.
Posted by Deb Simon at Monday, July 23, 2012