If you had any questions, here it is in a nutshell....

The Meaning of the New World Order 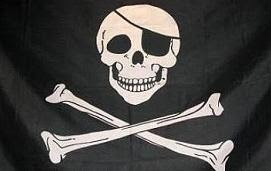 So much has been said of the NWO but the meaning is not clear. Well, here it is in black and white:

NWO is more of the same to the world that befell upon the American Indian Natives, the African Slaves in America and the Indians in India during the Colonial Times aka East India Company. What that means is that the world better be prepared for mass displacement of their peoples to be loosly shunted all over the world for meagre wages. Also, forget your own languages, religions and cultures. They are obsolete and forbidden. They are replaced by English, Western pant-suits and Christianity.

You are owned. Kind of like the Christianized and Westernized South Koreans - who are permanently separated by the West from their long-suffering Northerner brothers who happen to rightfully retain their own original culture intact. The problem, as is everywhere and as usual, is the West. The West wants to dominate, control and conquer the world even if it has to dismember or kill it to "save"it (from itself).
This 'Model' now extends to the "whites" in US as well. They too are under the gun. They too are mere 'objects' to be manipulated, controlled and programmed in Object Oriented Programming (OOP).
What else did you expect in this 'Class of 84' computerized world?
The NWO will be run by a Select Few (not Elect Few) as was done by the US Supreme Court's Selected President Bush in the US 2000 elections. It's called Management by Confusion. It's done by the creation of a Confusing Event and then the Few step in and offer a solution which is then 'Accepted'.
The People are kept uninvolved. A semblance and facade of Democracy is juggled, concocted and maintained on TV to stun the people into shock and paralysis. They are kept paralysed by the quick succession of confusing events. By the time they get organized, the decision and direction of the Crisis is already made and ratified.
The Few thus manipulate, steer and change the direction of the state according to their pre-Plan. This is the how Democracy works in the US and West. The Plans for the World are think-tanked in CFR, Bilderberg and other such World Institutions for the purpose of Global Governance or One World Govt. The skeleton of the World Body are already in place. Among their other secretive orgnizations are BIS and ICC. - The people are being rail-roaded into nowhere.
This world's elite has killed almost a billion people already all over the planet since a few centuries and nobody seems to care or do anything about it. The Elite has never been richer, now owns 60% of the world's wealth. And now they still keep on overtly killing from the sky with their Drones and there's no law against it.
Posted by Deb Simon at Friday, July 20, 2012