A Killer In the White House

A Killer In the White House

The news that Barack Obama -- a Constitutional scholar and recipient of the 2009 Nobel Peace Prize -- has taken personal charge of lethal US drone hits in Yemen and Pakistan is one of those stories that takes time to sink in. 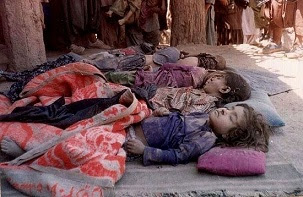 In an amazing little essay (“A Game of Drones”) in May’s The American Conservative magazine, the Chilean journalist Ximena Ortiz puts all this in context. In her view, the United States is “enabled by a central idea,” and that idea is what she calls a “precision-guided mythology [that] masks a brutal truth.”
She cites a Washington Post-ABC poll that shows 77 percent of “liberal Democrats” support stepped-up drone attacks. “Killing foreigners -- and a smattering of US citizens -- by drone remains popular,” she concludes. “The truth” that the policy is infuriating Yemenis and Pakistanis and getting us deeper into conflict with the Muslim world is, par for the course, lost in the cultural cacophony.
This mythology of precision, this Chilean journalist says, distinguishes us in our own minds from Third World people who torture, spy-on and kill in a much cruder manner. In the US, we’re better. Our violence is precise and we employ it only when it’s absolutely necessary.
President Obama is playing the Precision Myth for all it’s worth. As an important adjunct to the Myth of American Exceptionalism, it allows Americans to feel good about themselves as they get away with murder. It will probably get Barack Obama re-elected in an election that only offers bad and worse.
May God have mercy on our souls.
___________________________________________________________________________________