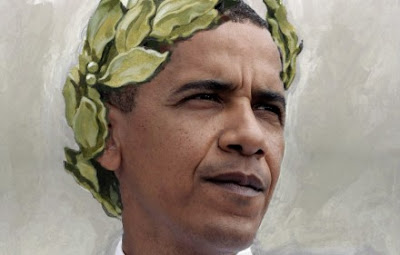 The White House has filed an appeal in hopes of reversing a federal judge’s ruling that bans the indefinite military detention of Americans because attorneys for the president say they are justified to imprison alleged terrorists without charge.
Manhattan federal court Judge Katherine Forrest ruled in May that the indefinite detention provisions signed into law late last year by US President Barack Obama failed to “pass constitutional muster” and ordered a temporary injunction to keep the military from locking up any person, American or other, over allegations of terrorist ties. On Monday, however, federal prosecutors representing President Obama and Defense Secretary Leon Panetta filed a claim with the 2nd US Circuit Court of Appeals in hopes of eliminating that ban.
The plaintiffs “cannot point to a single example of the military’s detaining anyone for engaging in conduct even remotely similar to the type of expressive activities they allege could lead to detention,” Obama’s attorneys insist. With that, the White House is arguing that as long as the indefinite detention law hasn’t be enforced yet, there is no reason for a judge to invalidate it.
Reuters reports this week that the government believes they are justified to have the authorization to lock alleged belligerents up indefinitely because cases involving militants directly aligned against the good of the US government warrants such punishment. Separate from Judge Forrest’s injunction, nine states have attempted to, at least in part, remove themselves from the indefinite detention provisions of included in the National Defense Authorization Act for Fiscal Year 2012, or NDAA.
In section 1021 of the NDAA, the president’s authority to hold a terrorism suspect “without trial, until the end of the hostilities” is reaffirmed by Congress. Despite an accompanying signing statement voicing his opposition to that provision, President Obama quietly inked his name to the NDAA on December 31, 2011. In May, however, a group of plaintiffs including notable journalists and civil liberty proponents challenged section 1021 in court, leading to Justice Forrest to find it unconstitutional one month later.
“There is a strong public interest in protecting rights guaranteed by the First Amendment,” Forrest wrote in her 68-page ruling. “There is also a strong public interest in ensuring that due process rights guaranteed by the Fifth Amendment are protected by ensuring that ordinary citizens are able to understand the scope of conduct that could subject them to indefinite military detention.”
At the time Justice Forrest made her injunction, attorney Carl Mayer told RT on behalf of the plaintiffs that, although he expected the White House to appeal, “It may not be in their best interest.”
“[T]here are so many people from all sides of the political spectrum opposed to this law that they ought to just say, ‘We’re not going to appeal,’” Mayer said. “The NDAA cannot be used to pick up Americans in a proverbial black van or in any other way that the administration might decide to try to get people into the military justice system. It means that the government is foreclosed now from engaging in this type of action against the civil liberties of Americans.”
The original plaintiffs, who include Pulitzer Prize-winner Chris Hedges, have asked Justice Forrest to make her injunction permanent. Oral arguments in the case are expected to begin this week.
Posted by Deb Simon at Tuesday, August 07, 2012