As the sponsor of the ads displayed at Metro-North Railroad stations, allow me to respond to the article by Scott Richman and Larry Grossman of the American Jewish Committee/Westchester.
It would require volumes to recount the history of Palestine, the Jewish settlement there and the creation of the State of Israel, so I will focus only on the subject matter illustrated by the maps referenced in my ads — using, not my words, but those of Zionist and Israeli leaders.
Theodor Herzl, the founder of Zionism, wrote: “We shall have to spirit the penniless population (the Arabs) across the border ... while denying it any employment in our own country.”
Chaim Weizmann, the first president of Israel, said: “Palestine is to become as Jewish as England is English.”
David Ben-Gurion, the first prime minister of Israel, wrote: “I favor partition because when we become a strong power we will abolish partition and spread throughout Palestine.”
He also said: “Let us not ignore the truth among ourselves ... we are the aggressors and they defend themselves”; and wrote this: “If I were an Arab leader I would never make terms with Israel. That is natural, we have taken their country.”
Also, in a letter to his son: “We will expel the Arabs and take their place.”
Moshe Sharett, Israel’s first foreign minister and second prime minister, is quoted in “Righteous Victims: A History of the Zionist-Arab Conflict” as saying: “We have forgotten that we have not come to an empty land to inherit it, but we have come to conquer a country from people inhabiting it.”
Moshe Dayan, Israeli Defense Forces chief of staff and later defense minister, was a straight talker: “There is not one single place built in this country that did not have a former Arab population.”
Richman and Grossman tell us that in 1967, “the Arab world threatened Israel with destruction.” Here’s what then-Prime Minister Menachem Begin said in 1982: “In June 1967, we had a choice. The Egyptian army concentration in the Sinai approaches did not prove that Nasser was really about to attack us. We must be honest with ourselves. We decided to attack him.”
The Arabs did not initiate the war, Israel did. 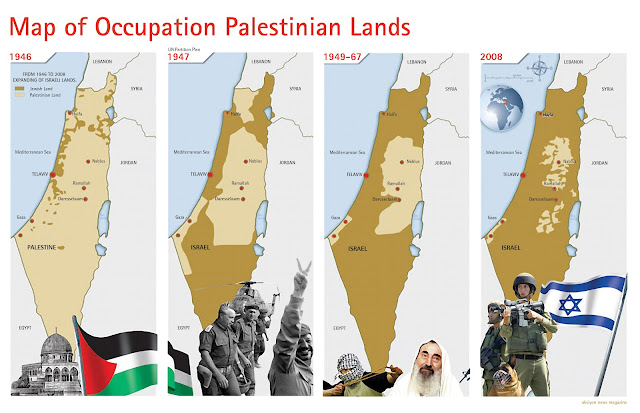