The Nauseating Grief of Diseased America 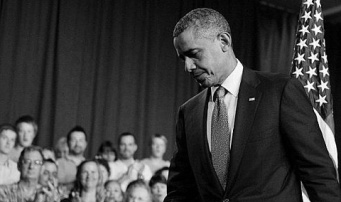 Introduction by Chris Floyd: Arthur Silber writes with power and eloquence about the Aurora killings -- and the monstrous hypocrisy of our national "leaders," who mouthed saccharine pieties about fragile and precious life is, and how tragic it is that innocent lives are so cruelly taken from us...this while raining down terror and mass murder on innocent human beings all over the world. Go [on], read the whole thing. 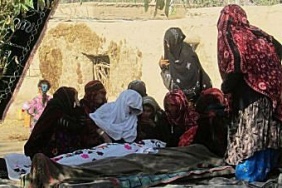 We know that these figures are far from complete, just as we know that the numbers of innocent human beings murdered by the United States government are far, far higher, even if we restrict ourselves to murders in recent years. This is true not only because the U.S. government carries out operations in more than 75 countries around the world. Do not forget the genocide in Iraq.
I say, "Do not forget..." -- but the truth is far worse. The U.S. government -- and most Americans -- have never recognized the genocide at all.
Consider the staggering number of murders of innocent human beings committed by the United States government -- and ask yourselves how many Auroras those murders represent. I have tried to make calculations of this kind before: using conservative estimates of the deaths in Iraq, the murders in that country alone represent a 9/11 every day for five years. An equivalent number of Auroras would be much higher.
Listen for the public lamentations about even a small fraction of these deaths. Listen as carefully as you can. What do you hear? Why, nothing at all. These murders of entirely innocent human beings don't matter at all to most Americans. They most certainly don't matter to anyone in the U.S. government.
Can anything be worse than this loathsome silence? Perhaps one thing can be: the assertion by President Obama, and by the U.S. government, that he and they have the "right" to murder anyone at all anywhere in the world, for any reason they choose -- and that they need never disclose any details of their murders, including the fact that they have ordered them. This is the assertion of absolute, unanswerable power. It is the same claim made by every slaughtering monster in history.
This monstrous crime, what is in fact an ongoing, systematic series of monstrous crimes, is greeted by near universal silence in America. The U.S. government orders an unending series of Auroras: it ordered an Aurora last week, it will order an Aurora this week, it will order an Aurora next week. Almost no one cares. Almost no one even notices.
With these facts fixed firmly in our minds, consider these words spoken by Obama after the events in Colorado:

Now, even as we learn how this happened and who's responsible, we may never understand what leads anybody to terrorize their fellow human beings like this. Such violence, such evil is senseless. It's beyond reason. But while we will never know fully what causes somebody to take the life of another, we do know what makes life worth living. The people we lost in Aurora loved and they were loved. They were mothers and fathers; they were husbands and wives; sisters and brothers; sons and daughters, friends and neighbors. They had hopes for the future and they had dreams that were not yet fulfilled.

And if there’s anything to take away from this tragedy it’s the reminder that life is very fragile. Our time here is limited and it is precious. And what matters at the end of the day is not the small things, it’s not the trivial things, which so often consume us and our daily lives. Ultimately, it’s how we choose to treat one another and how we love one another.

Keeping in mind the murders regularly committed by the U.S. government, and the murders of innocent human beings regularly ordered by Obama himself, we must recognize that these remarks are the equivalent of the expressions of grief offered by the serial killer in my fictional exercise. These are the remarks of a man who has suffered an irreparable break with reality, a man who who has rendered himself unable to connect obviously related facts. If Obama genuinely meant these comments -- if he understood how these remarks apply with far greater force to him ("we may never understand what leads anybody to terrorize their fellow human beings like this") -- his realization of the monster he has allowed himself to become would reduce him to gibbering incoherence for the remainder of his life. In varying degrees, the same is true of any individual who remains in the national government at this point.
More generally, this is American culture today. Like the killer in my story, many Americans hurl themselves with fundamentally false, deeply disturbed enthusiasm into public demonstrations of grief over the needless deaths of some human beings -- those human beings they see as being much like themselves, when the deaths happen in what could be their own neighborhood. As for all the murders committed by their government with a systematic dedication as insane as that of any serial killer: silence.
But every murder committed by the United States government, every murder ordered by Obama, represents a tragedy exactly like Aurora to someone. But it is not someone most Americans happen to know or recognize -- even if only to recognize the person as a fellow human being -- and it is therefore as if it never occurred.
So I wonder. I wonder if I will ever trust anyone again.
♣ ♣ ♣
Five years ago, after the Virginia Tech murders, I wrote about many of the issues raised by these recent events in: "The United States as Cho Seung-Hui: How the State Sanctifies Murder." Tragically, that earlier discussion has lost none of its relevance. I therefore commend it to your attention, perhaps especially with regard to the excerpts from Albert Jay Nock's Our Enemy, the State.
___________________________________________________________________
Posted by Deb Simon at Tuesday, July 24, 2012