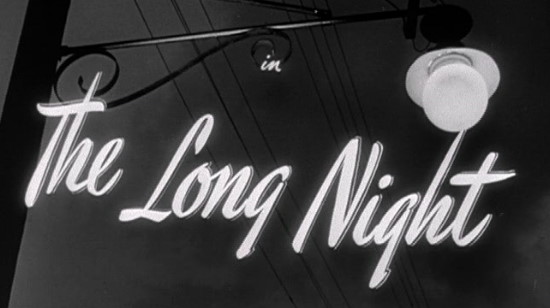 "You had to attack civilians, the people, women, children, innocent people, unknown people far removed from any political game. The reason was quite simple: to force the public to turn to the state to ask for greater security." - Vincenzo Vinciguerra, an Italian neo-fascist and terrorist, speaking about NATO's Operation Gladio in Europe before the collapse of the Soviet Union.

Fascism is impossible to implement without the periodic and strategic use of false flag terrorism. The dark art of terror is practiced by totalitarian magicians to mold the emotions and opinions of society. Terrorizing the general population in various imaginative aways and at different locations has the effect of creating a spellbound public that is easy to manipulate and lead.

The theatre of terrorism captures the public imagination, giving the governors of the public mind a greater symbolic power because they are perceived as the sacred leaders of society.

A terrorized public is ready to be molded like clay into a fine sculpture. Totalitarian magicians are dark artists who transform reality and the world to their own liking, and design the sculpture to reflect the desires of their heart and will. The pieces that refuse to be molded by the iron hand of power are marginalized as conspiracy theorists and shaved off of the edges of the new sculpture.

The hidden entity that molds the public and shapes the direction of society in the United States as well as in other NATO countries is the Deep State, a term coined by professor and former Canadian diplomat Peter Dale Scott. The military, state intelligence and security services, private banks, war corporations, drug dealers, international terrorist groups, law firms, filmmakers, and media companies are all embedded in the occult Deep State.

II. The Deep State Is The Secret King

The King of Terror, aka the occult Deep State, lives and operates in the collective shadow. It is a secret king because its appearance in public would kill the myth of Western democracy once and for all. The Deep State is the tyrant of America and the West, but it is a tyrant without a face and a recognizable will. It wears a mask. Its existence is publicly denied and deemed a "conspiracy theory."

But what can't be denied and written off is the rise of the Total Security State in America and the West. This new Hell state is a fact of life. It is guilty of institutional terrorism against America, the West, and the world. Its growth is dependent upon both symbolic state terror events such as 9/11 and 7/7, and mass death events that appear to be random to the untrained eye.

Of course, not every act of terror against the public is committed by agents connected to the Deep State. Whether or not the mass shooting at the screening of "The Dark Knight Rises" was a product of Deep State Terror or just a random outbreak of violence by a psychotic individual remains to be seen.

The truth cannot be firmly established because American authorities are untrustworthy and have proven in the past that they are willing to use false flag terrorism to increase their power over American society and mold the opinions of the American people. We must also take into consideration the CIA's long relationship with mind control assassins, psychotic terrorists, and brainwashed patsies.

There will be wild speculation and theorizing by awakened citizen investigators after every mass death event and terror event because the U.S. government has not come clean about 9/11 and Operation Gladio. Only fools trust the beast of terror that has taken America hostage.

The Deep State, "is the number one suspect," says Alex Jones in this video, explaining that government orchestrated terror events are used to set up and legitimize a transnational police state in the West.

Since the history of false flag bombings and state terror events in countries where the Deep State is the Secret King is so well documented, people are naturally skeptical of government and media narratives. The first culprit to be identified after tragic terror events and mass shootings must always be the Deep State because the nature of its propaganda is so subtle and powerful that if it is not the first to be named then its guilt will be easy to deny later on, even when new evidence emerges that shows it is guilty.

But if the evidence doesn't match the narrative, or coincidences do not stack up as they do in other famous cases, then citizen investigators must move on and not press an issue that's already been settled.

Back in March, France experienced what many analysts said was a staged terror event that was blamed on the patsy Mohammed Merah to raise anti-Muslim sentiments and fears. The pattern of such events could represent thereturn of Gladio. Read Patrick Henningsen's article on Operation Gladio, and read this interview with Professor Daniele Ganser by journalist Kim Bredesen. Here is an excerpt from the interview:


Ganser: False flag terror operations are a reality, and they are a political and military tool. Very few people know that they exist. We have also had false flag terror operations in Iraq. In September 2005 for example, in Basra, two members of British Special Forces, the SAS, were arrested by Iraqi police. The Iraqis were surprised to find out that the two Britons were dressed as Arabs, were wearing wigs and had a car full of explosives which they apparently planned to remotely detonate in the busy markets of Basra. It is therefore probable that the British, too, have carried out false flag operations. In this case the Iraqi police could not find out [whether] the British wanted to create terror and make it look [like] Arab terrorism. The reason is that the two SAS [members], who had been put [in] jail in Basra, were liberated by the British army, which stormed the Iraqi police station in Basra and simply flattened the walls with tanks and took the SAS home so they did not have to testify.

In the first phase of Gladio the aims were to stop liberal governments from gaining political influence in Europe and strengthen the fascist security state which pledged to fight off the Communists with force and vigilance.

In the new phase of Gladio the enemy has been changed to Islam, and the battlefield is both Europe and America. The hidden armies that make up Gladio still reign supreme in the dark. Only the public face of the enemy has changed. The methods and mechanisms of state terrorism and totalitarian control have remained the same because they are still effective in molding the opinions of populations. Although they are less effective than before because of the mass global awakening to false flag trickery and media propaganda.

The possibility that there will be a new false flag terror event at the 2012 London Olympics is high because of a number of factors.

1) The security is lax, and it looks to be deliberate. It seems the gates to the castle are being opened by the British government for an "inside job" crew to perform a false flag terrorist operation.

2) USrael and England need a new war in the Middle East. They are itching to fight Iran and another transformative terror event in the Western world would give them the perfect excuse to blame Iran and bomb it. Netanyahu has already jumped the gun by blaming the terror event in Bulgaria on Iran. What better stage to orchestrate a state terror event than at the Olympics when everybody is watching?

3) Frank Lowy, who is Larry Silverstein's investment partner, owns the Westfield Stratford City Mall, which is serving as a transit hub at the Olympics. It opened in September 2011. Many people are speculating that this site could be struck by the Mossad and MI6. Silverstein reaped many millions of dollars after his building, WTC 7, was hit by the CIA and Mossad on September 11, 2001. Lowy will stand to gain if fortune swings his way and the Mossad stop by for a visit. "The state-backed British Insurance company Pool Re is covering up to $7 Billion on the Olympic terror threat," says Salman An-Noor Hossain in his article, "Silverstein's 9-11 Partner Owns Olympics "Gateway."

If London is struck by Mossad and MI6 at the Olympics, Israel's Prime Minister Benjamin Netanyahu will use the event to get his war with Iran.

Totalitarian magicians love state terrorism because the public can be easily manipulated and molded when society is in a state of chaos and fear. A new consensus can be formed on any given issue based on emotion, not facts and reason. The shock and outrage that follow state terror events are used to popularize a war, demonize internal political enemies, pass radical laws like the Patriot Act, and draw the people into the bosom of the totalitarian state.

Totalitarian political leaders warmly embrace the people after false flag tragedies in the same fashion as fathers and mothers hug their children after they wake up screaming from a nightmare. "There, there, little one," says the state, "daddy is here to help you."

State terror events also enable the full mobilization of the Total Security State that has slowly and silently risen to the surface of society in America and the West. Without such catastrophic and tragic events, the totalitarian magicians would be powerless to do anything. Tragedy is their best friend. False flag terrorism is their greatest weapon. Taken together, the totalitarian magicians can transform society from the top-down and dominate the people at will.
POSTED BY SAMAN MOHAMMADI AT 11:56 PM 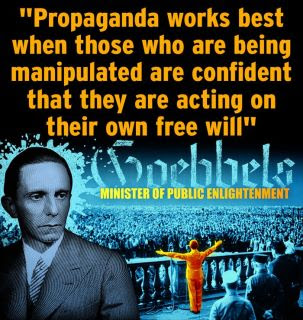